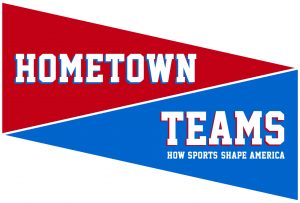 The Dallas County Museum was chosen by the Smithsonian Institution Traveling Exhibit Service to display their exhibit, Hometown Teams: How Sports Shape America. Only six museums in the state of Arkansas were selected to host this exhibit, and the Dallas County Museum was the first museum to display it on its statewide tour. Hometown Teams debuted at the Fordyce on the Cottonbelt Festival on Saturday, April 22, 2017.

Hometown Teams: How Sports Shape America captures the stories that unfold on the neighborhood fields and courts, the underdog heroics, larger-than-life legends, fierce rivalries, and gut-wrenching defeats. For more than 100 years, sports have reflected the trials and triumphs of the American experience and helped shape the national character. Whether professional sports, those played on the collegiate or scholastic level, amateur sports or sports played by kids on the local playground, sports are everywhere in America. Nowhere do Americans more intimately connect to sports than in their hometowns. 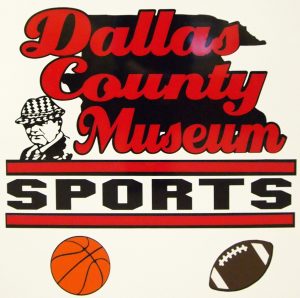 Hometown Teams was April 22-June 3, 2017 at the Dallas County Museum’s Bill Mays Annex, located at 200 North Main Street in Fordyce. We hope you were able to visit during this time. The exhibit was made possible by the Smithsonian Institution Traveling Exhibit Service, the Museum on Main Street (MoMS) program, and the Arkansas Humanities Council.