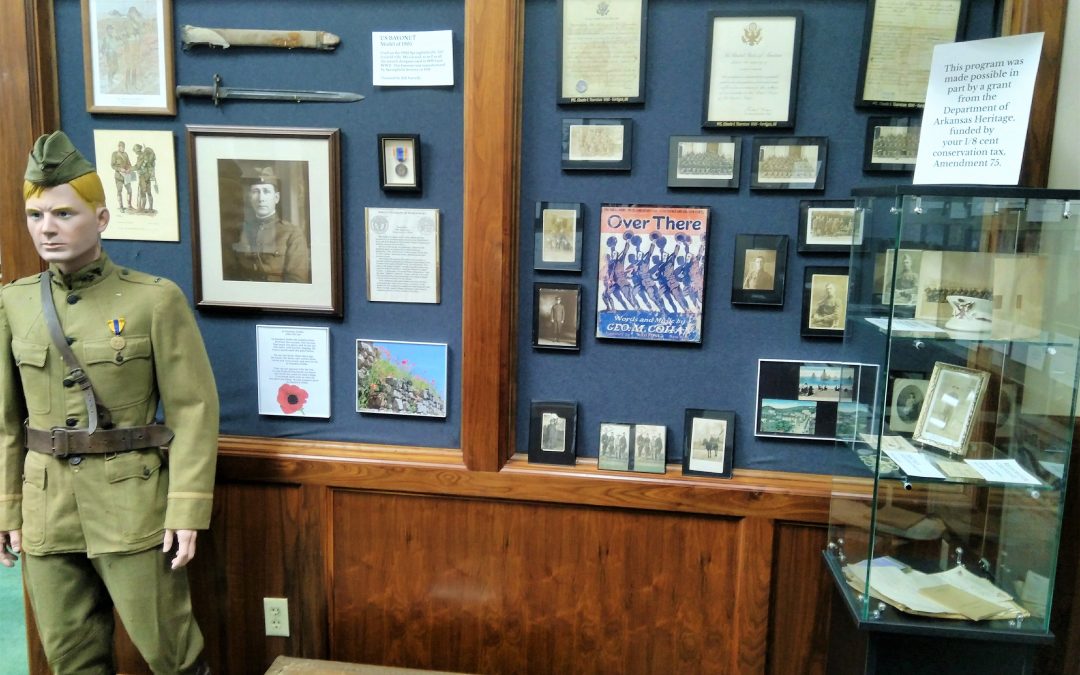 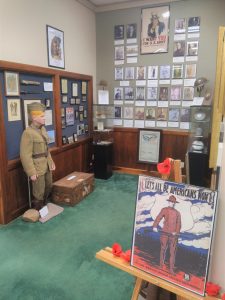 Let’s All Be Americans Now is the latest exhibit at the Dallas County Museum in Fordyce, Arkansas

The newest exhibit at the Dallas County Museum is on World War I entitled Let’s All Be Americans Now. 2017 marked the 100th anniversary of the United States’ involvement in World War I. According to the book, Arkansas’ World War I Soldiers from Clark and Dallas Counties, written by Desmond Walls Allen in 2002, there were 658 names, from Abernathy to Zumbro, of the Dallas County men who served their country during World War I. To honor these brave men, we applied for a Heritage Month grant from the Department of Arkansas Heritage specifically for the World War I Centennial to upgrade the exhibit in our museum. We were honored to be awarded the grant, which we used to create this display of our Dallas County servicemen, including a uniform and overcoat and artifacts we have, as well as providing access for our patrons to read letters written home by the soldiers during the war. Best of all, we have photographs we either found or that were donated to us by family members displayed on the walls. We are continually adding to the collection, and appreciate any photographs or memorabilia from descendants of any Dallas County citizens who served during World War I.