The Dallas County Museum, located at 221 North Main Street in historic downtown Fordyce, is rich with its diverse displays on every subject – communication systems from telegraphs to switchboards and wooden phones, education, farming, textiles, dentistry, newspaper publishing, medicine, forestry, trains and the railway system, Native American studies, geology, timber, pottery, music, paleontology, weaponry, military, beauty, fashion, toys – the list is nearly endless. An Archives room with documents of all varieties, as well as a room dedicated to the schools of Dallas County with photographs and yearbooks, are available to peruse. Nearly 25,000 negatives from the Alexander Photography Studio from the 1930’s-60’s with names of the subjects who were photographed are housed here and 5×7 prints of the negatives can be ordered for a nominal fee. 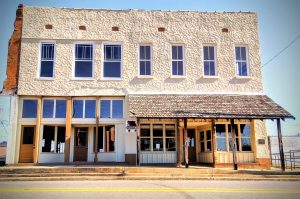 The Bill Mays Annex at 200 North Main Street, located on the opposite corner of the block from the main museum, houses the Dallas County Sports Museum and Hall of Fame, as well as the Hall of Honor for past and present Fordyce residents who have made significant contributions to society. The Dallas County Sports Museum contains memorabilia, including items from noted former Dallas County residents such as Paul “Bear” Bryant, former Redbug and the “winningest coach in football history”; Quinnie Hamm and the Sparkman Sparklers; Coach Larry Lacewell, former Redbug who won 5 Super Bowl Rings; Coach “Red” Parker, known for his 3-year winning Redbug teams and 38-game winning streak; Houston Nutt, Sr., coach for the Arkansas School for the Deaf; Houston Nutt, Jr., the former Razorback Coach; Raylee Johnson, former Redbug, Razorback, and NFL player for the Chargers and Broncos; and Kevin Williams, former Redbug, Oklahoma State Cowboy, and NFL player for the Vikings, Seahawks and Saints.

Besides the excellent exhibits in these museums, the buildings, which are located in the Fordyce Historic Commercial District listed on the National Register of Historic Places, are deserving of a visit to tour and appreciate for their architectural beauty.