The Bill of Rights on Display at the Museum 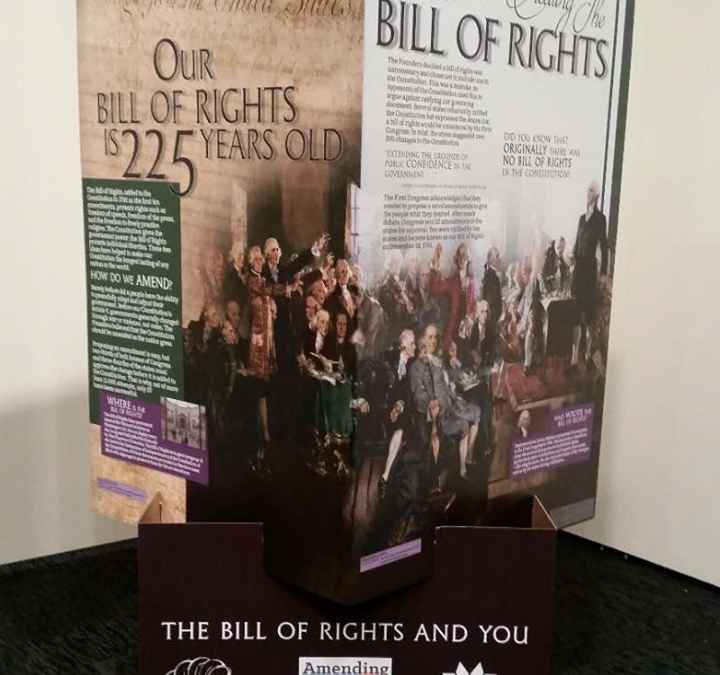 The First Congress acknowledged that they needed to propose a set of amendments to give the people what they desired. Representative James Madison presented 19 proposals to the First Congress in 1789. His inspiration came from other documents that protected individual rights, particularly state constitutions and English documents–like the Magna Carta. He also included many of the changes sent in by the states during ratification. After much debate, Congress sent 12 amendments to the states for approval. Ten were ratified by the states and became known as our Bill of Rights on December 15, 1791.

Rarely before did a people have the ability to peacefully adapt and adjust their government. Before our Constitution’s Article V, governments generally changed through war or violence, not votes. The Founders believed that the Constitution should be amended as the nation grew. Proposing an amendment is easy, but two-thirds of both houses of Congress and three-fourth of the states must approve the change before it is added to the Constitution. That is why, out of more than 11,000 attempts, only 27 have been successful.

The Bill of Rights has a permanent home at the National Archives in Washington D.C. It is on display every day in a grand hall called the Rotunda for the Charters of Freedom. It sits beside the Declaration of Independence and the Constitution of the United States.

This exhibit is on display in the Children’s Room at the Dallas County Museum in Fordyce. Chicot Trace Chapter Daughters of the American Revolution invites you to see it Tuesday – Friday from 10 a.m. to 4 p.m. or on Saturdays from 10 a.m. to 2 p.m.